Is It Normal Worry or an Anxiety Disorder? 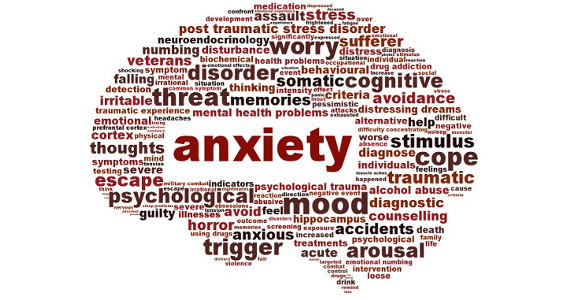 Everyone is faced with anxiety from time. It is simply part of life to become overwhelmed, or anxious, when dealing with stressful situations such as giving a speech, overcoming a work issue, or driving in heavy traffic in the middle of a thunderstorm. However, someone with an anxiety disorder does not get the luxory of being relieved of such anxious feelings after facing the stressful event. In fact, an anxiety disorder can prolong these feelings and cause them to get worse as time goes on.

Anxiety disorders can cause a person to develop such intense fear or become so overwhelmed that they choose to forgo doing everyday things. According to the National Alliance on Mental Illness an estimated 40 million adults, or 18% of the population, are faced with this paralyzing reality as well as an additional 8% of children.

The Different Types of Anxiety Disorders

GAD causes chronic, exaggerated worrying about everyday life that can consume numerous hours daily. This makes it difficult for individuals to complete daily tasks or work that could be routine for others. People with GAD can become so exhausted that headaches, tension, and nausea may result.

People with panic disorder describe it as an oncoming feeling of terror that can strike without warning and repeatedly. A panic attack is often mistaken for a heart attack due to the physical sensations that occur including chest pain, heart palpitations, dizziness, shortness of breath, and upset stomach. The feeling is so severe that those who commonly have them will go to desperate measures to avoid a new attack. This includes avoiding social gathering and avoiding certain places.

Many people claim to have social anxiety, but social phobia goes beyond typical shyness or disliking crowds. It is driven by such an intense fear that irrational worries develop over something as harmless as "not knowing what to say" or worrying about "saying the wrong thing." Individuals with social anxiety disorder can build up these worries so strongly that they might refuse to participate in class, get to know people, and completely isolate themselves. For those with this disorder, it is common to develop panic attacks as a symptom.

There are people, places, and things that everyone has in their life that they would rather avoid; however, someone with a phobia will develop such an irrational and intense fear that they will do whatever they can to steer clear of the trigger. This fear can become so strong that it can start to take over the person's entire life.

This type of anxiety disorder primarily occurs in children, but some do not grow out of it after childhood. When in proximity of family members the child can demand constant attention and act out when it is not recieved, and when separated from family members, they can become withdrawn or depressed and even act out against those they perceive is causing the separation. Most children do grow out of this disorder after a period as it usually is a result of a deep rooted fear such as being fearful of death or dying. However, while it occurs it is known to cause cause academic problems and social avoidance. Children with separation anxiety disorder can develop stomachaches, headaches, dizzyness, nausea, and vomiting as a result of the anxiety and constant stress on their system.